My husband Brad and I, as well as the other neighbors who came to the celebration with us yesterday, enjoyed ourselves very much. I mentioned to you that I was thinking about writing about CoSM in my weekly email to a group of local people, and thought maybe you enjoy reading the result:

"Last night, a few neighbors and us decided to go to a Celestial Equinox celebration at CoSM, which is less than a mile from our house, close to the New Hamburg train station. CoSM is a church, a sanctuary of visionary art to inspire and evolve the creative spirit. It offers workshops and cultural programs and ceremonies like weddings or baby blessings. CoSM has been in our neighborhood for over nine years, and we knew relatively little about it aside from the fact that a lot of people from NYC flock to its ceremonies. A librarian at the Wappingers village library once told us that young people end up there all the time asking for directions to CoSM, having missed it walking up from the train station.

Throughout the celebration, we watched various artists paint. They were all surrounded by crowds of young people, who mostly just sat or stood and quietly chatted, surrounded by the artwork of the founders, Alex and Allyson Grey. Outdoors, a bonfire warmed the people who gathered around. An outdoors heated tent featured a laser light show on its domed ceiling and an opera singer supported by electronic music. One room inside the mansion was dedicated to DJs mixing and a crowd moving to the loud music. Everybody I saw stood or sat and chatted in a quiet manner. We did not see horseplay. We did not watch brawls. I did not see anybody intoxicated or get loud or fall off a chair. From all I know, it was a peaceful gathering of young people who enjoyed their individuality and creativity and hung out happily and with a clear mind.

We wandered indoors and chatted with the head security guard and then one of the founders. I said that it struck me that our group of 40+ year olds stood out as being a small minority amongst the crowd. The security guard said something that inspired me to mention all of this in today's email:

"When people age, they tend to build fear of the other. They tend to stop being tolerant to things they don't know, and CoSM is thus not a place where a lot of older people go. He said a wonderful thing happening at CoSM is when young people bring their older parents with them to CoSM.”

Tolerance. Am I tolerant? And if not, why not? I have caught myself being intolerant now and then, most recently around some political matters. I guess it boils down to that I have built an identity and filter out what does not fit into my world view. It turned into a me versus them in some respects, prejudices all over, and ignorance, consciously or not. I pondered as I was watching big wooden logs burn in the fire pit and laser lights paint features on the surrounding trees, why tolerance is not amongst the moral imperatives of religions (as far as I know), or the yoga yamas and niyamas. It kind of is, as non-violence and non-possessiveness and contentment kind of lead themselves to tolerance. But wouldn't the world be a better place if we could be truly tolerant of the other, especially if it is peaceful, if it enhances creativity, and if it does not do harm? Maybe people would be less lonely if they were more tolerant. Tolerance as a way of building bridges, building connections. Connection as a path towards spirituality - I think I just found something I consciously want to practice in my day. Where in your life could you benefit from being more tolerant?”

I simply thought that the text was about you, so I would send it to you. My newsletter goes to a tiny list of subscribers but they are all local, and I already received a positive response. Thank you for being in our neighborhood and being an inspiration to the young generation. Have a great day. 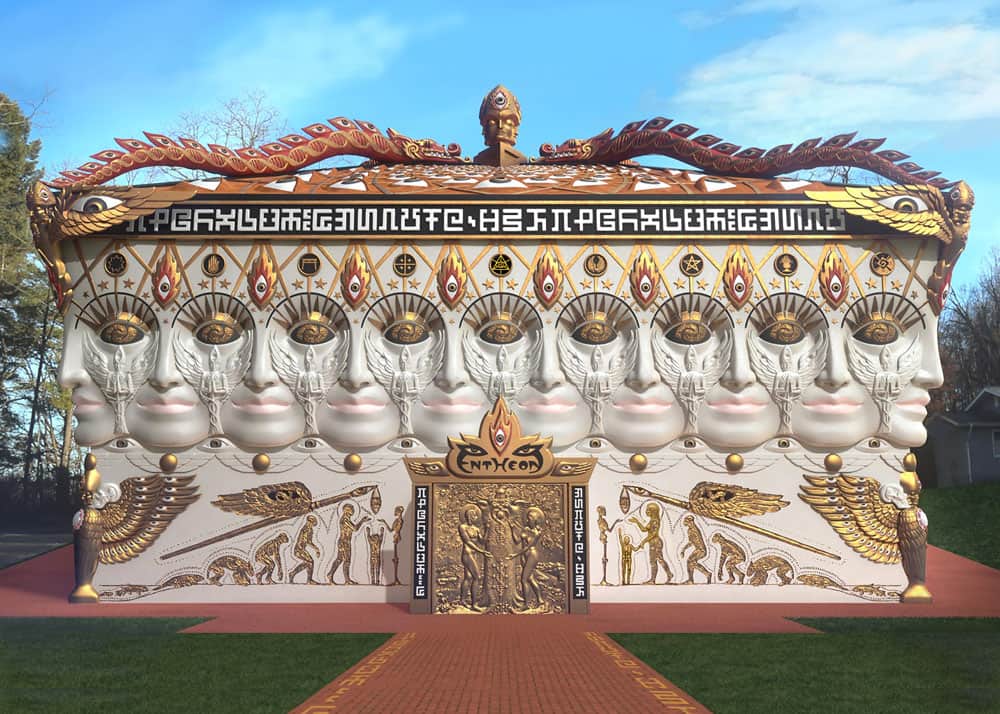 Thank you so much for reconnecting and for your post. It means so much to us to read a positive response from a nearby neighbor and we so appreciate you sharing your experience with others in the area.

The celestial celebrations are very special for their diverse, creative offerings and is among our most attended events. On a beautiful spring or summer afternoon, you might consider joining us for a more intimate gathering or workshop. One Sunday afternoon each month is Art Church, where we make art, journal, write poetry, meditate with music with us. Count on seeing us at Art Church discussing topics like Relationships, Creating a Life You Love, Sacred Geometry, Sacred Architecture. The next Art Church falls on Easter Sunday and the first night of Passover. The topic will be Cosmic Christ and will include the subject of Liberation, honoring the Book of Exodus. Whenever you can make it to Art Church, bring a journal or sketch book and colors or find basic materials supplied here.

CoSM became a non-profit in 1996, first celebrating Full Moons in our loft in Brooklyn to bring together a community that might join our intention to build an enduring sanctuary of Visionary Art. In 2004, when gatherings grew too large, CoSM rented a 12,000 square foot raw loft in Chelsea on 27th Street. Peace has always prevailed at CoSM, even in our past location where shootings and accidental deaths occurred in clubs and on the streets all around us. Because we could not build an enduring sanctuary in a rented loft, we knew that, when our five year lease ran out, we should be prepared to move to land owned by the church, conducive to building a sanctuary environment. We found Deer Hill Conference Center on Earth Day 2007 and signed on the dotted line September 12, 2008. In that time, five buildings belonging to CoSM have been handsomely restored.

As it turns out, those attending events coming from New York City often comprise less than 25%.. The surrounding area and beyond including Pennsylvania, Connecticut, Massachusetts, Maryland, certainly Long Island and New Jersey are home to most of our guests with at least 25% percent coming from a great distance.

Thank you also for taking the time to speak with me and for writing about CoSM, our life’s work since 1985. We had a simultaneous vision that the greatest work a spiritual artists could do would be to build a temple of Visionary Art that celebrates art as a spiritual path. Entheon, a 12,000 square foot exhibition of Visionary Art will open, hopefully this year, and we look forward to giving you and many friends from near and far a tour of the sanctuary.

Look forward to seeing you at a future CoSM event. 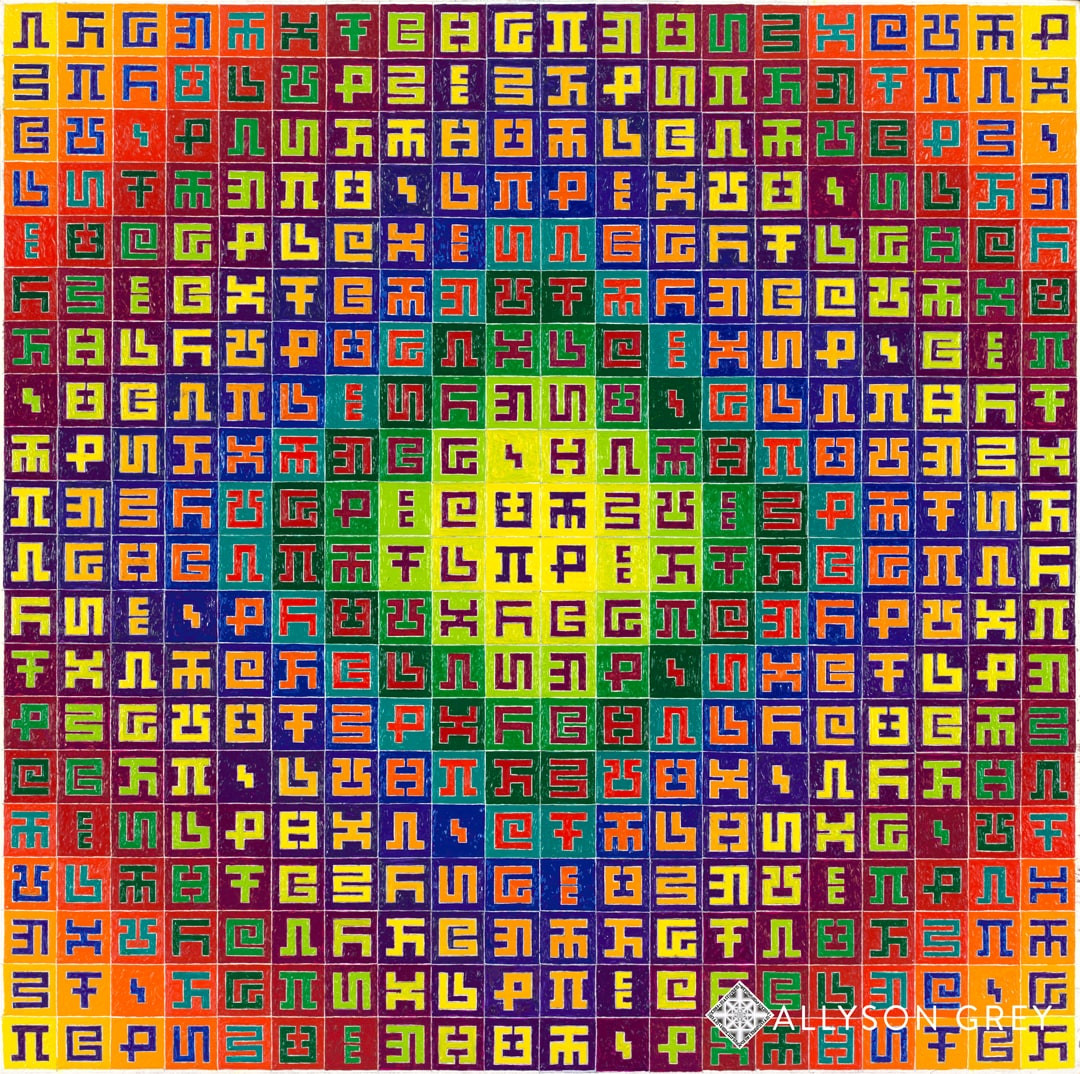 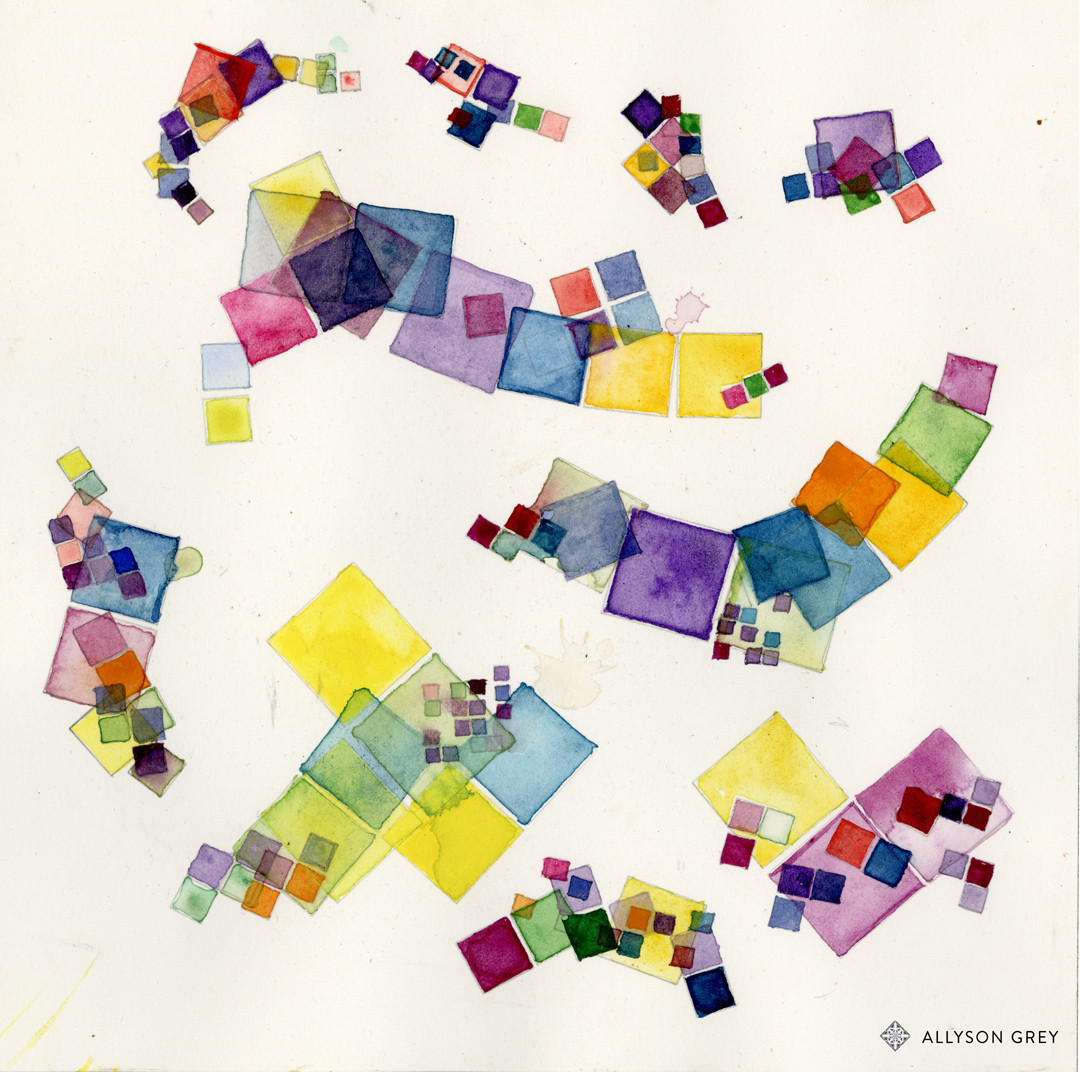 Including Creativity in my Academic Life
December 01, 2022
Read more 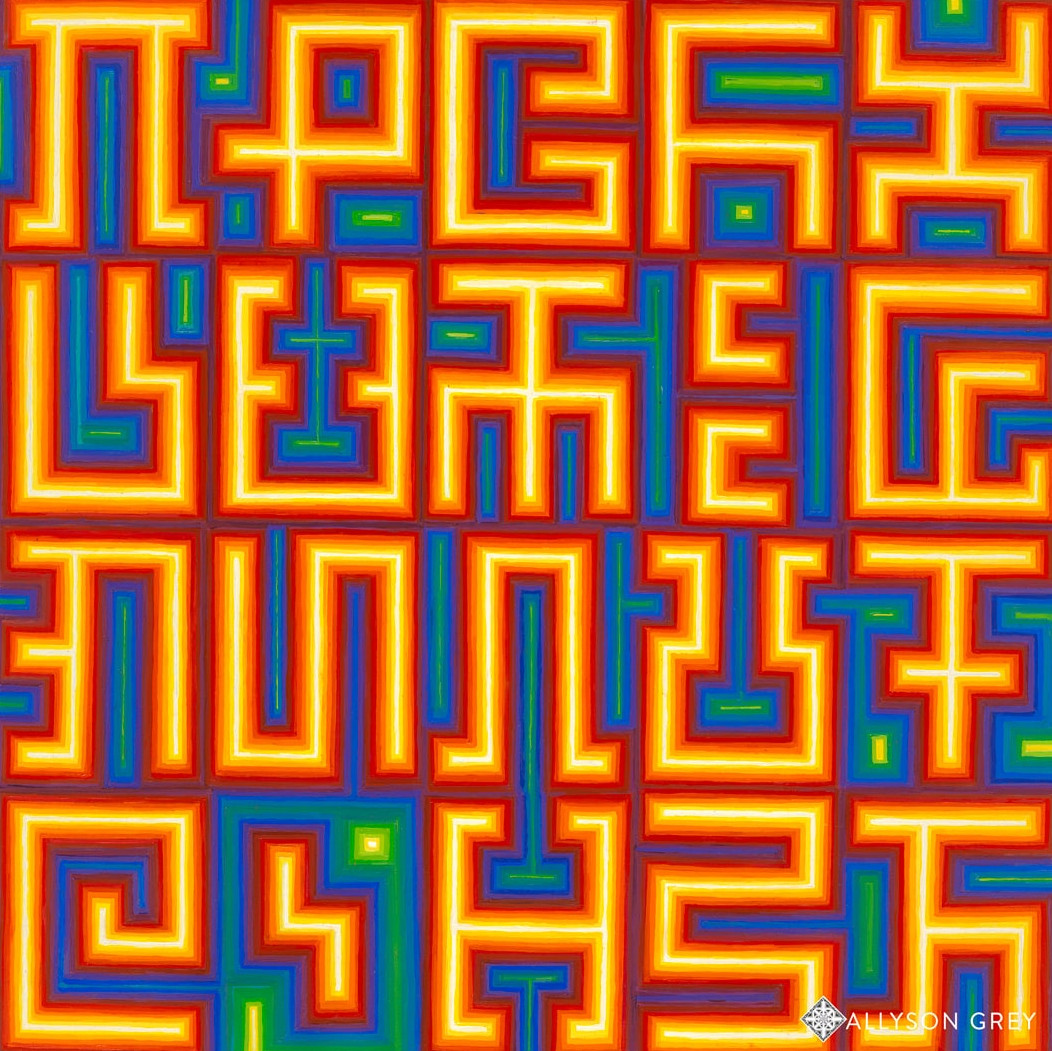 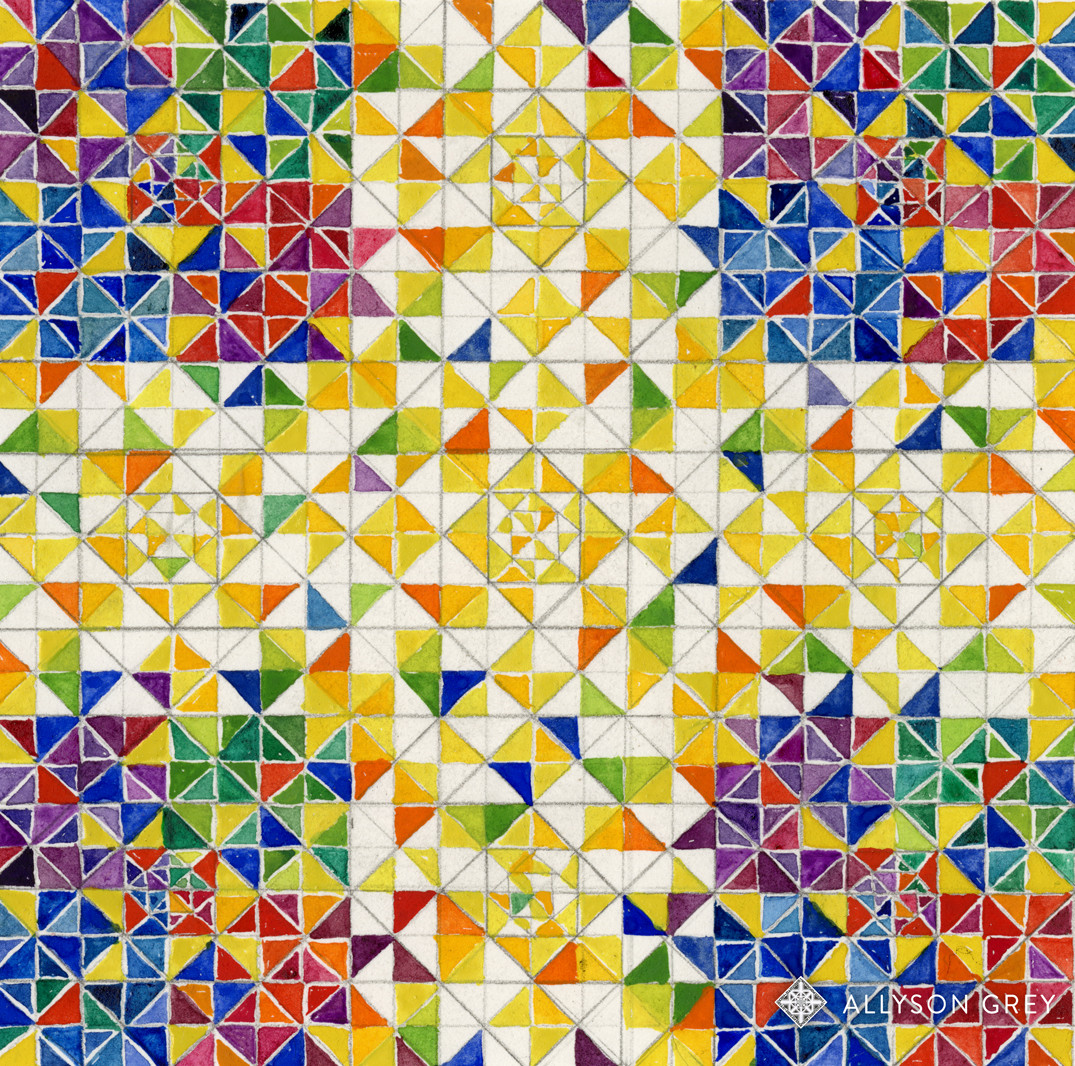 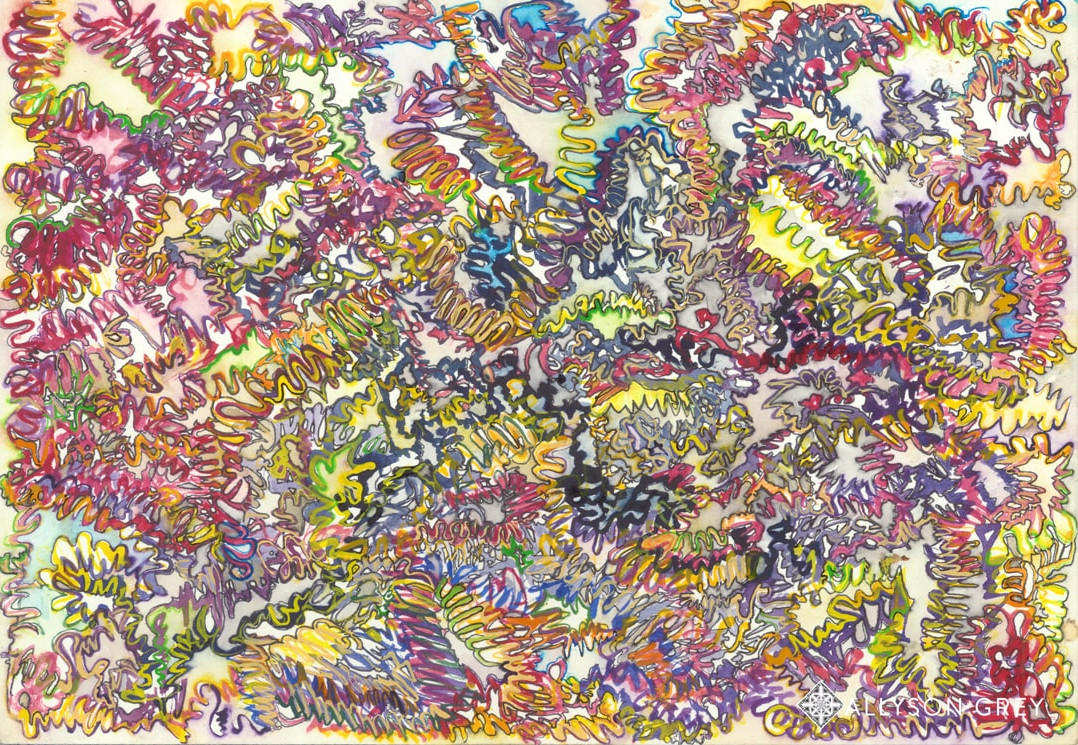